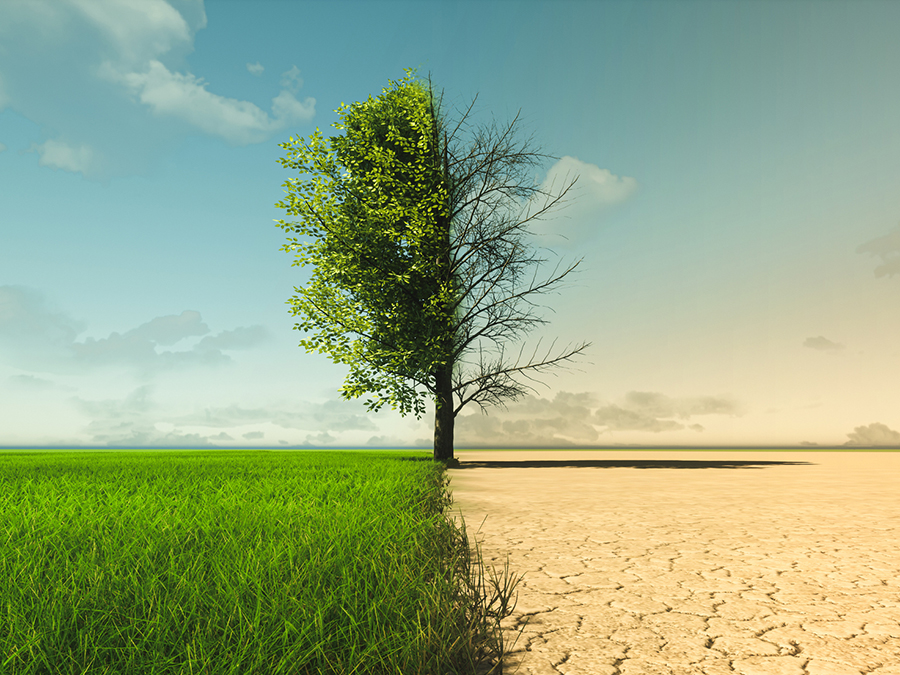 Eat, Go, Stay. Groceries, travel and home are earning the top shares of household spending according to a recent survey by McKinsey & Company. While record inflation took some of the volume out of the market, increased consumption spurred more spending growth than inflation in many categories. 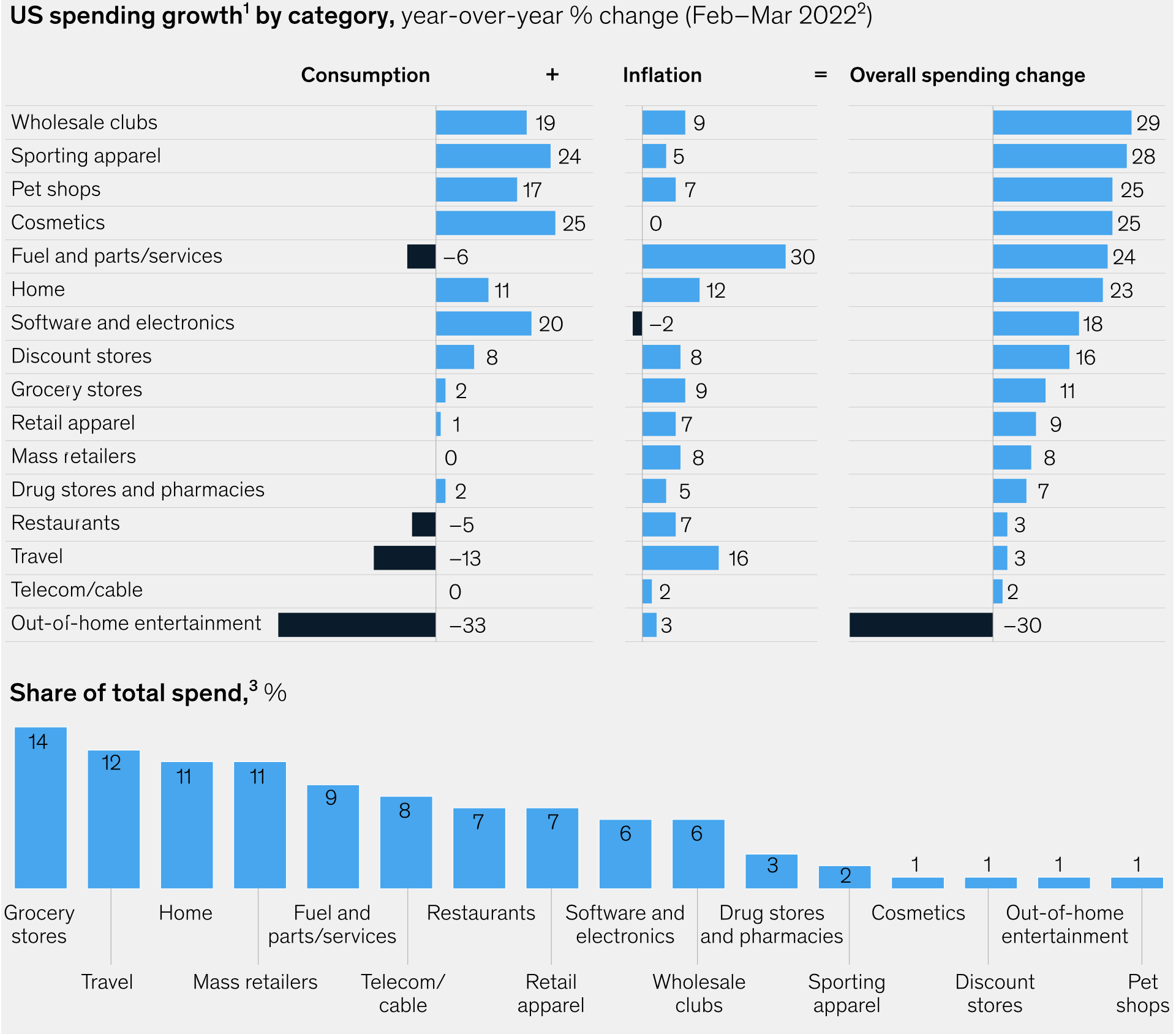 Looking for a fix. Once a darling of Wall Street, Stitch Fix has seen its stock drop from a high of $68.15 last year to single digits recently. Now the D2C fashion company has announced they will be laying off about 15% of salaried positions in response to falling demand and rising costs.

Big money … but not yet. Buy Now, Pay Later (BNPL) services in the U.S. will rack up about $75.6 billion in consumer spending according to a recent forecast by eMarketer. With about 79 million consumers using the services, that’s about a 77% increase in value from last year. 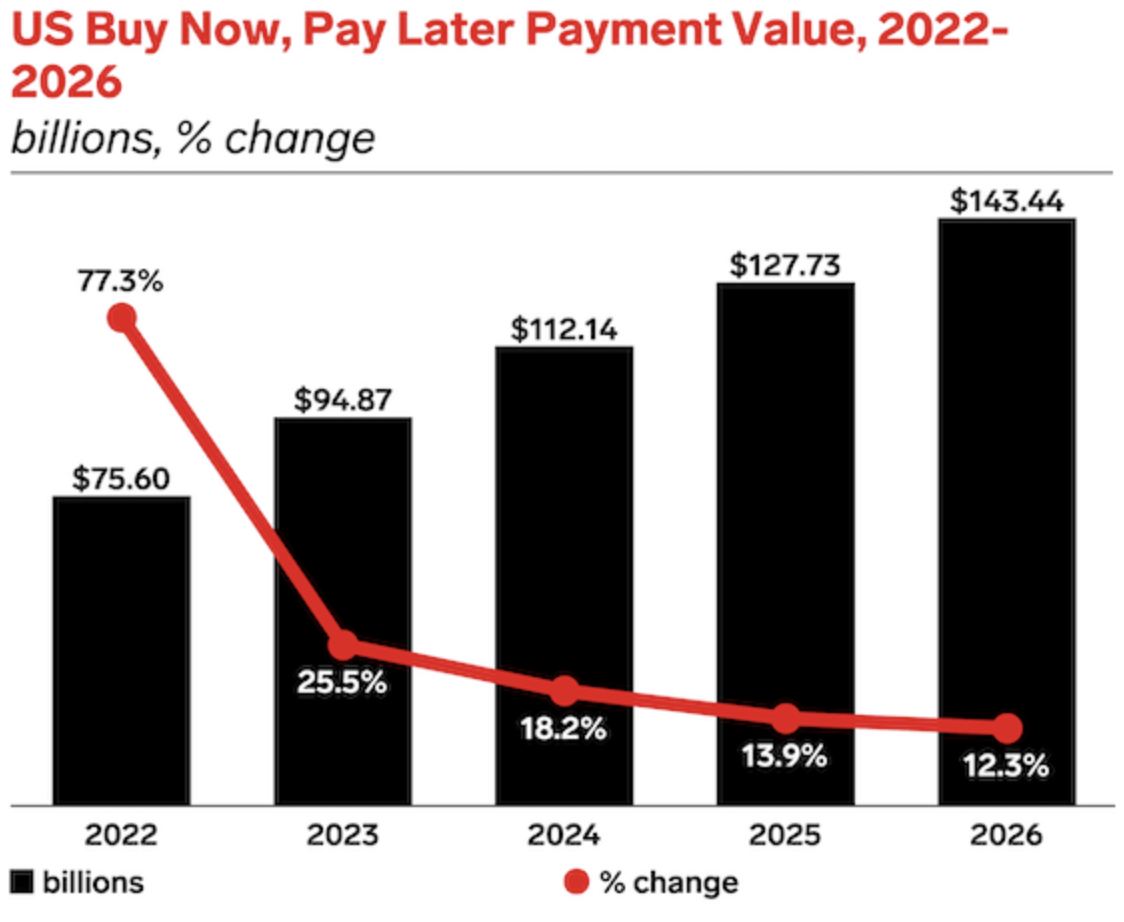 Bricks and mortar and bricks. Juggernaut toy brand, Lego, has announced construction of a new U.S. plant to manufacture the ubiquitous colorful bricks and accessories. Estimates for the total investment in the new factory top $1 billion. The new facility will be built near Richmond, Virginia and is scheduled to open in 2025.

Need a laugh? We all do. A new report from Oracle gives perspective to current consumer sentiment. Findings included that 45% of respondents state they haven’t felt true happiness for more than two years. From a marketing standpoint, 91% prefer for brands to be funny and 72% would choose a brand that uses humor in advertising over the competition.

Take two aspirin and DM me in the morning. A new class-action complaint filed in San Francisco federal court alleges that Meta is potentially capturing private health data when patients use healthcare system scheduling platforms that include the company’s Pixel tracking tool. The suit cites at least 664 hospital systems that employ the technology.

Hand in the cookie jar. Mozilla has announced a new feature for its Firefox browser called “Total Cookie Protection.” The feature essentially allows cookies to be active within the site that placed them but deactivates them when the user leaves the site. Cookies are held in what Mozilla calls the “cookie jar” until the user returns to the site. The strategy preserves site functionality while limiting cross-site tracking. 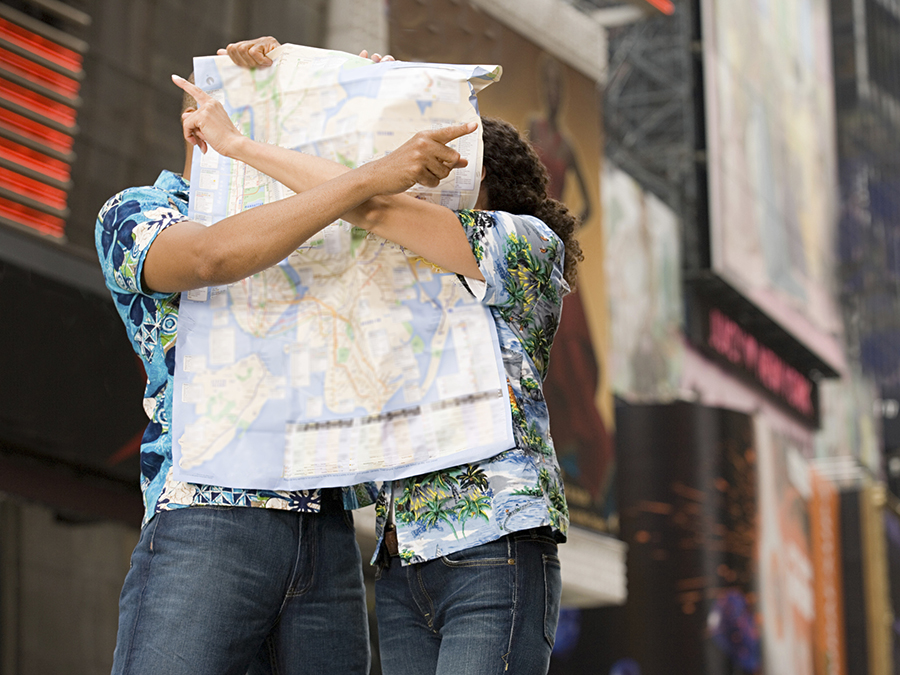 Streaming Soccer. For the first time ever, Apple has signed exclusive rights to stream Major League Soccer (MLS) for the next decade – “Every club. Every Match. Everywhere.”  Avid soccer fans will be able to watch all games nationally without fragmentation or frustration. Apple is investing heavily into professional sports with Friday Night Baseball and pursuing NFL opportunities; perhaps they believe Ted Lasso’s quote about locker rooms, “It smells like potential.”

Discovery Engine. TikTok poses a serious threat to Facebook as the top social media outlet. In the first three months of 2021 “iPhone users, on average, spent 78 percent more time on TikTok than on Facebook.” As an effort to refresh the Facebook experience, Stories and Reels will become the main page followed by posts its discovery engine recommends; the app will also undo the separation of its messaging feature, more like TikTok.

A New Era. Peacock has picked up one of PBS’s longtime standouts, Downton Abbey. The series’ second full-length movie premiered in theaters mid-May and will be available exclusively on Peacock starting June 24. Show enthusiasts will also be able to watch the series and documentary alongside the New Era movie.