Stream a Little Stream for Me 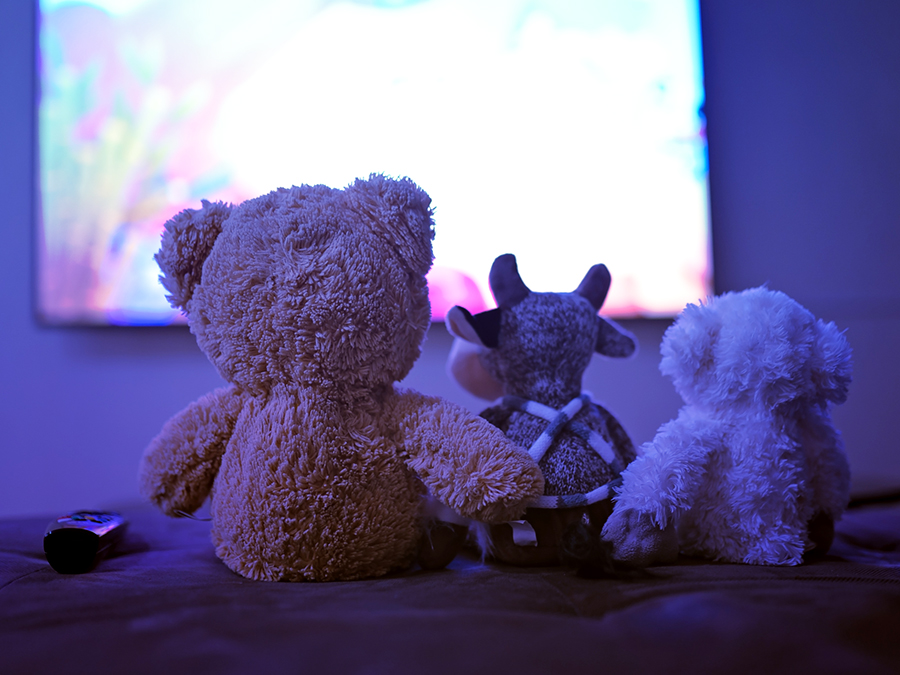 Income stream. Recent data from Comscore shows that nearly half of OTT viewing households have an annual household income of $75K or more. This includes 8% of OTT households with an HHI of $150K-$200K and 9% with an HHI of more than $200K. 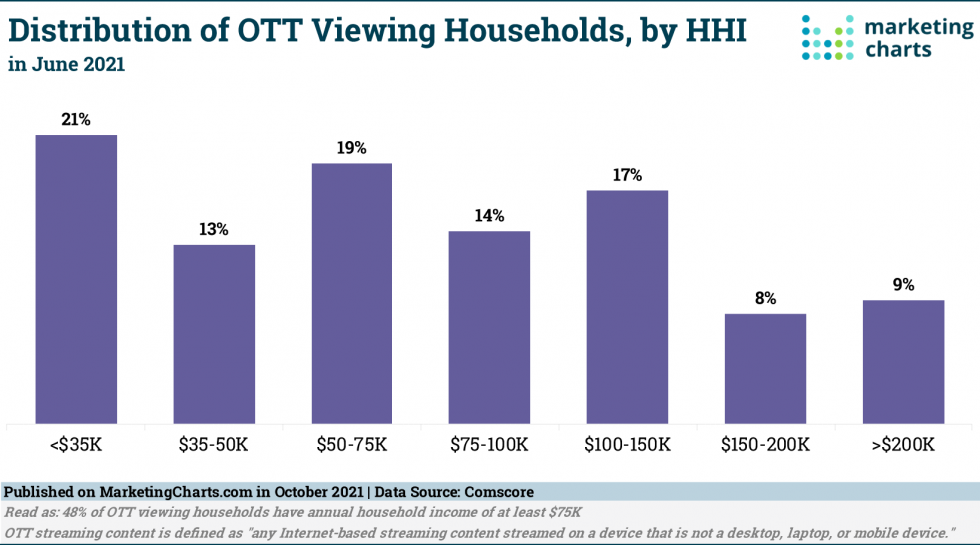 Roku sudoku. Roku’s numbers continue to add up. The company is maintaining its position as the most-used connected TV (CTV) device in the US market. According to eMarketer, this year in the U.S., Roku monthly users will increase by 11.5%, reaching 111.7 million monthly users, roughly a third of the nation’s population. 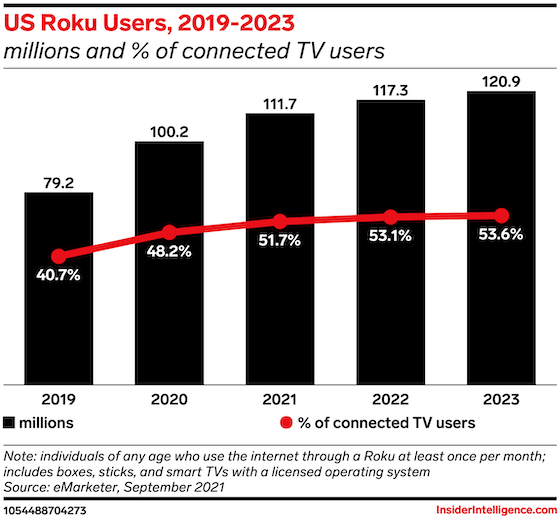 Big three continue to dominate. The top three SVOD services – Netflix, Amazon Prime and Hulu – continue to be fixtures in many homes. Data from Leichtman Research Group shows that 78% of all U.S. households subscribe to at least one of these three. That number holds steady from last year and is up from 74% in 2019.

Add to Your Collection 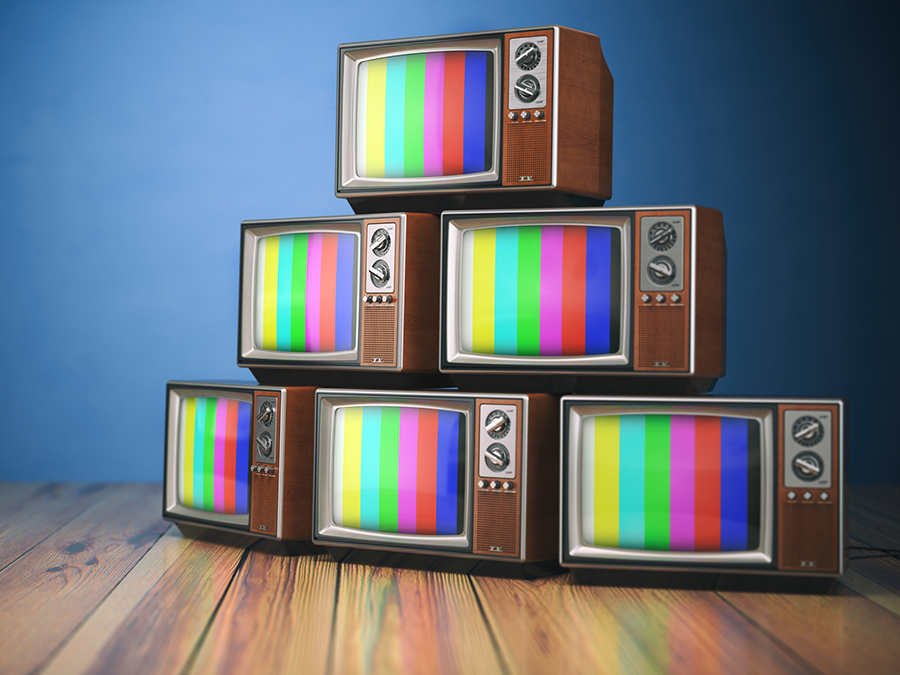 Three’s a crowd. Roku, Apple TV and Firestick devices have a new competitor with this month’s introduction of Comcast’s new XiOne – a wireless streaming device available globally to Sky Q customers in Italy and Germany and to Xfinity Flex consumers in the US. This announcement is coupled with the release of its first smart TV.

From soft to hardware. This month, Amazon began shipping its first Amazon-built TVs. The two models, Omni and 4-Series are equipped with features the retailer says will provide a better user experience, including far-field microphones for voice control and other app integrations. 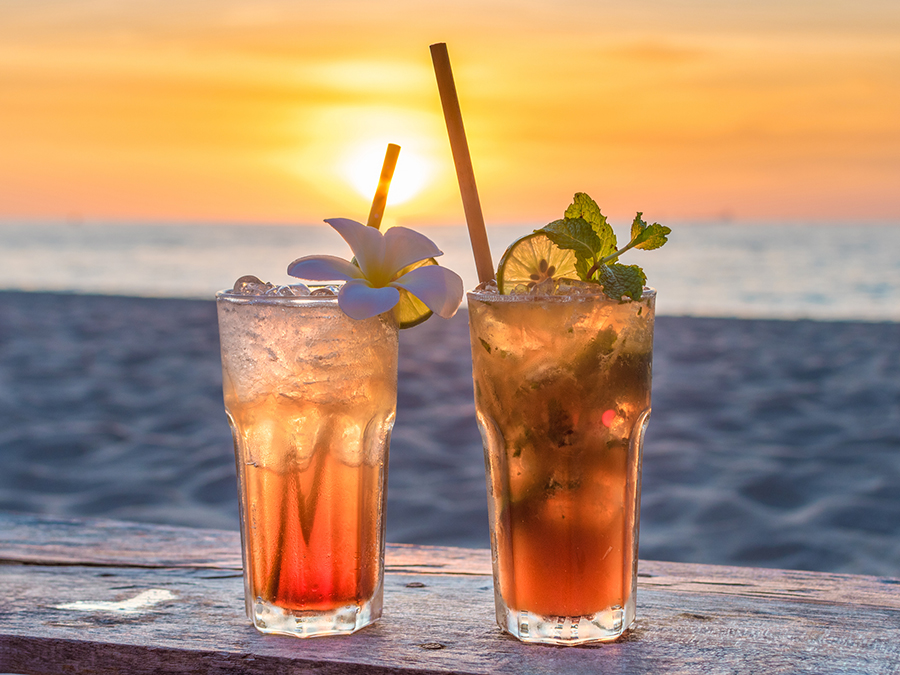 Pairing wine and … mustard? Kraft Heinz is selling a limited vintage white Viognier that’s infused with mustard seeds drawn from its Grey Poupon brand. While all Dijon mustards contain wine, company execs say most others use wine vinegar, while Grey Poupon uses the real thing. A taste test might be in order.

Gin by any other name. Apparently, Ryan Reynolds is a master of persuasion. For “National Vodka Day,” Reynolds prevailed on comedian Yakov Smirnoff to change his name to “Yakov Aviation American Gin.” The story of the former Smirnoff’s journey to a new name is told here. 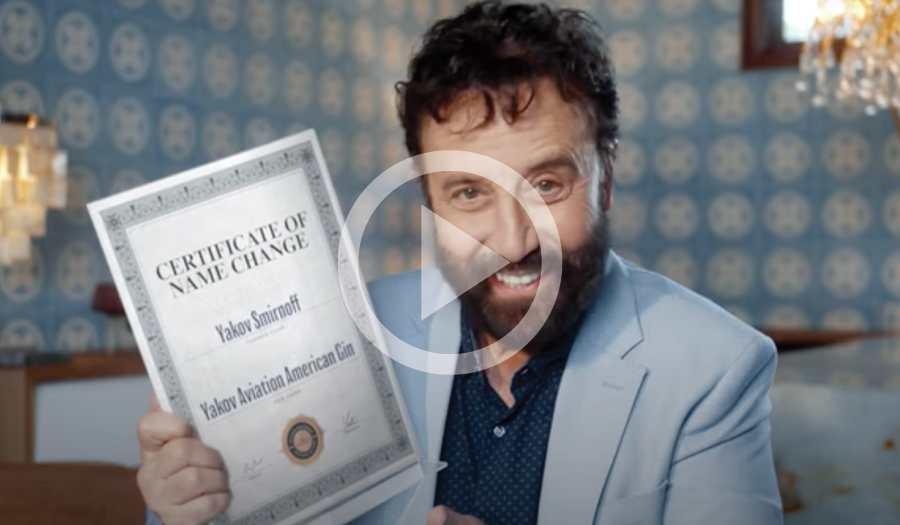 Coke goes flat with gamers. The first ad from Coke’s new “Real Magic” creative approach has alienated some gamers who say the ad casts the community as divided and conflict-driven. The feel-good ad tested well with general audiences, but has been labeled as “inauthentic” by some in the audience it sought to connect with.