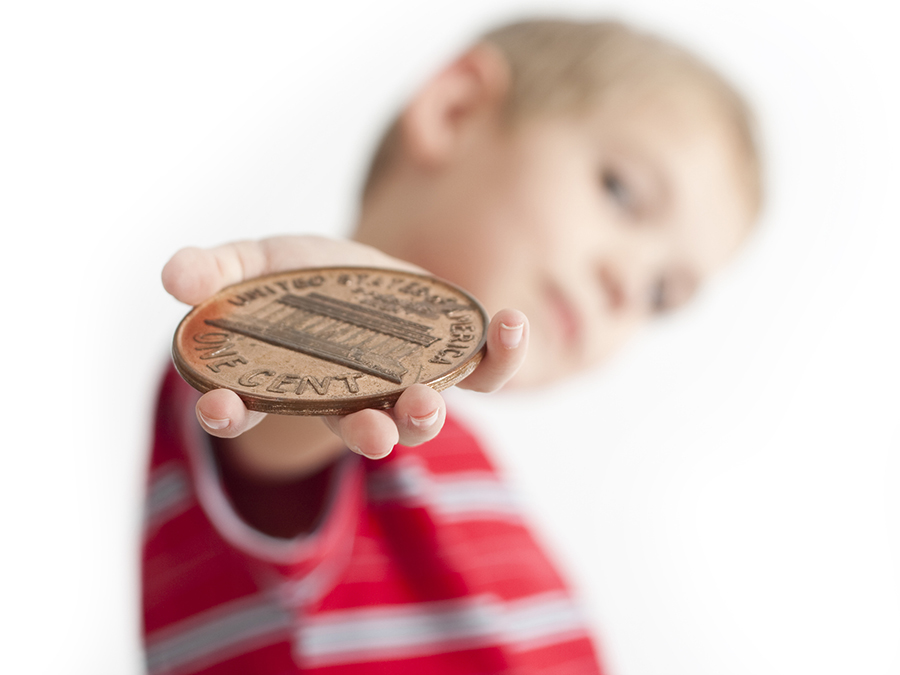 Subscription tacos? In a spin on the growing restaurant loyalty program trend, Taco Bell is testing a taco subscription model at its Tucson, Arizona locations. The “Taco Lover’s Pass” allows customers to get daily tacos for a monthly fee between $5 and $10 for a 30-day pass.

Almost a whole ten bucks. News to note for those who’ve adopted grocery delivery, Amazon is adding a $9.95 delivery fee to Prime orders of Whole Foods’ items across the US beginning October 25th. The add-on expense is said to be helping the chain avoid raising prices on its products amid rising operating costs associated with delivery.

Layaway going away. Walmart is the latest major retailer to discontinue its interest-free layaway program. The retailer plans to replace the program with a buy-now-pay-later program powered by Affirm. Industry insiders say BNPL programs can increase average ticket by 30% to 50%. 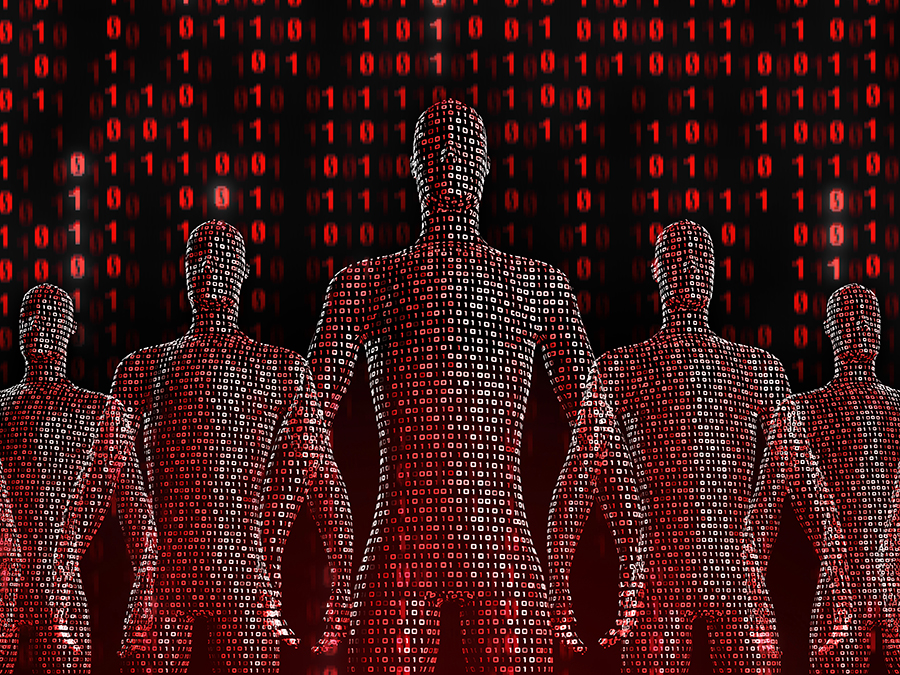 A new dynamic. Brands such as Gucci, Vans, Coca-Cola, and Netflix are tiptoeing into virtual reality to raise brand awareness. By creating an immersive experience, consumers engage and play with brands in a new way. These companies are investing in the development of the metaverse to earn loyalty and credibility with the next generation that is “metaverse ready.”

Digital artifacts. RTFKT is a fashion shoe company focused on more than what goes on your physical feet – pushing the limits with “metaverse wear.” Their next project, Akira, takes aim at people’s metaverse identity within the NFT realm.

Taking over the metaverse one song at a time. The National Music Publishers Association has dropped a legal claim against virtual playground-creator, Roblox. Instead, the NMPA has struck a deal that sets the foundation for publisher partnerships to expand its presence and influence in the metaverse. 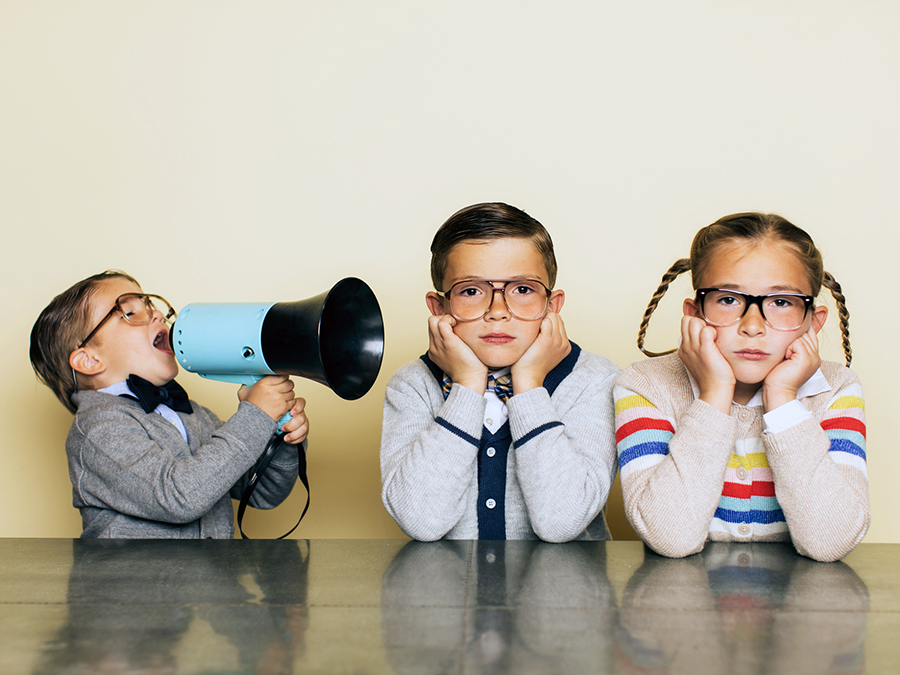 They’ve got us outnumbered! With barrier to entry fairly low, more people than ever are seeking the role of “influencer.” Takumi, an agency that represents influencers, reports that they received twice as many applicants in 2020 than 2019, and 2021 is on track to grow by another 150% to 200%.

They are here to stay. Data from eMarketer predicts that spending on influencer marketing is expected to continue growing in the next two years. Projections estimate it will be at a slower pace than this year’s 33% growth, with 12.2% y-o-y growth in 2022 and 11.5% y-o-y in 2023. 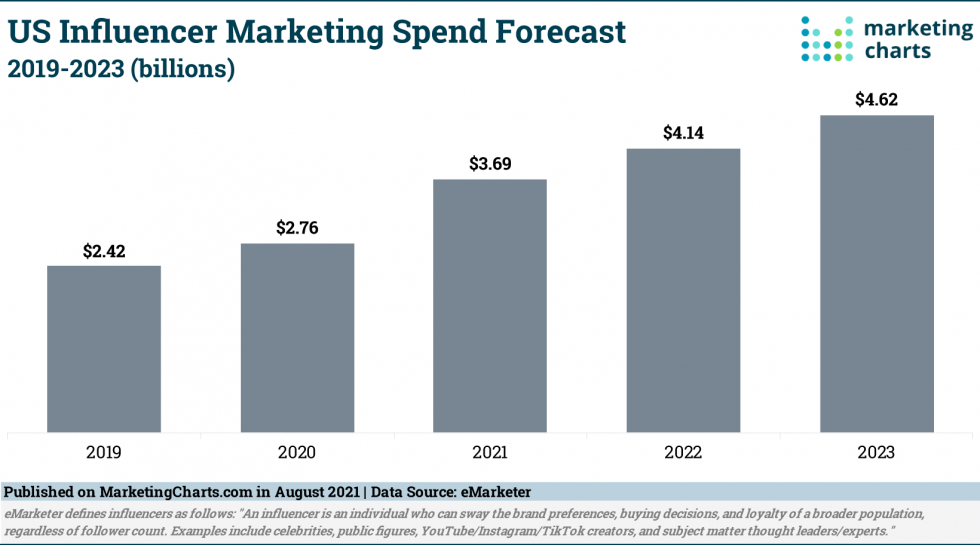 They have their own awards. It’s not the Oscars, but USA Today is now in its fourth year of sponsoring the American Influencer Awards. This year’s contest drew more than half a million nominations. Finalists have been narrowed down to slightly less than that and the public is now invited to vote. Winners will be announced in November.

They make bank (well, some do). Soccer star, Cristiano Ronaldo, can earn about $1.6 million for one Instagram post. Other celebs in the $1million+ per post strata include Dwayne Johnson, Ariana Grande and Selena Gomez. That said, a recent survey of Instagram influencers showed on average, they made just under $3,000 per month from their Instagram activity.